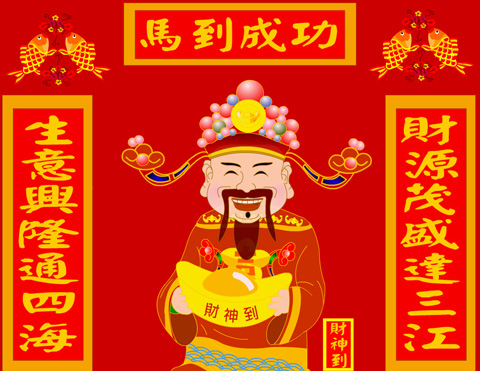 During the new year period, there are many beliefs that vary according to dialect groups or individuals as below:

– Opening windows and/or doors is considered to bring in the good luck of the new year.
– Switching on the lights for the night is considered good luck to ‘scare away’ ghosts and spirits of misfortune that may compromise the luck and fortune of the new year.
– Sweets are eaten to ensure the consumer a “sweet” year.
– It is important to have the house completely clean from top to bottom before New Year’s Day for good luck in the coming year. (however, as explained below, cleaning the house after New Year’s Day is frowned upon)